Pantry pests can be managed at home by inspecting groceries before they are put away and keeping them sealed tightly in containers once they have been thoroughly checked.

The three beetles most commonly found in pantries in Maryland, Virginia, and DC share many features.

Drugstore beetles are reddish-brown pests that reach a mere 1/8 of an inch long as adults and retain their oval shape from larvae through adulthood. 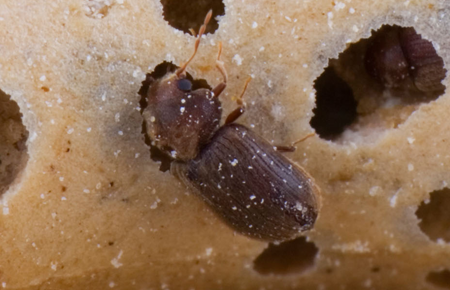 The beetles and their larvae will also infest common pantry products like coffee beans, dry pet food and cereals as well as many other items when they can find entry into the packaging.

Females can lay over 100 eggs at a time which means an infestation can become a serious problem very quickly. Drugstore beetles have smooth antennae ending in a 3-segmented club and visible ridges on their wing covers.

Cigarette beetles are mainly an agricultural pest to dried tobacco, as their name implies. They can become quite a nuisance in homes, however, when they invade stored food in large numbers.

Similar to drugstore beetles in both appearance and lifestyle, these tiny reddish-brown beetles only reach about 1/10 of an inch in adulthood.

Aside from the slight differences in food preferences (tobacco over pharmaceuticals) they have the same eating and breeding habits.

Cigarette beetles are distinguished by their serrated antennae and smooth wing covers.

Grain weevils measure in at only 1/10 inch long. They do distinguish themselves physically from their pantry pest counterparts. Weevils have elongated snouts that differentiate them from other insects.

So compared to drugstore and cigarette beetles these insects are easily discernible from their tiny cupboard counterparts. 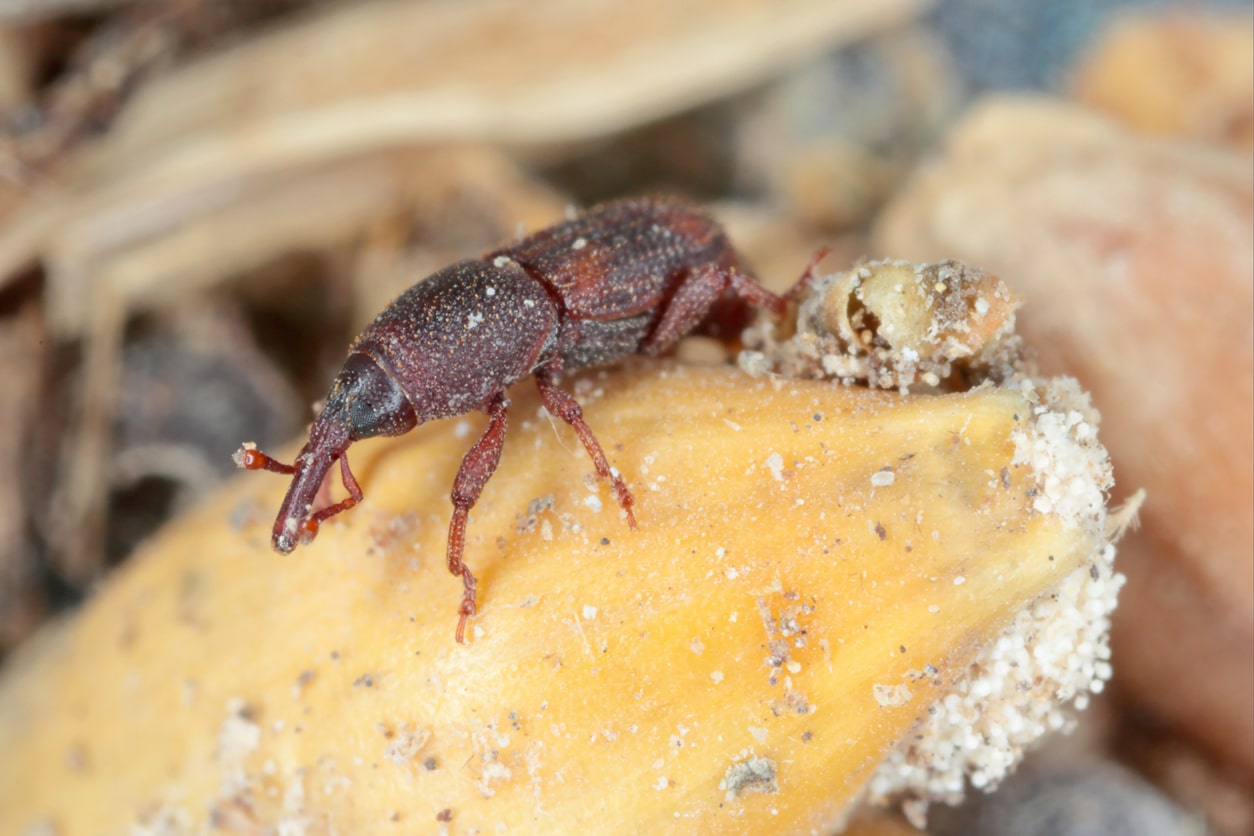 The females lay each of their hundreds of eggs in individual kernels of grain in order to guarantee a welcome environment in which their offspring can thrive.

Larvae eat the grain from the inside out until adulthood where they move on to reproduce and continue the cycle of ruining your breakfast.

Their fertility makes it likely that finding one or two grain weevils can be a good indicator of a serious infestation.

Once infested, the food in question can be frozen for a few days to kill the larvae or thrown out. Since the insects are so small and good at burrowing within the grain there is little chance of removing all the insects without the food being ruined.