First things first: what is a pollinator?

Pollinators fertilize plants, which is necessary for them to produce fruits and flowers. They are extremely beneficial to the environment and critical to food crop production around the globe.

Bees are one of the most common type of pollinators because they get their source of food from plants.

In getting their meal, they spread pollen around the flowers, which in turn fertilizes them. Other insects, such as spiders and wasps, are also capable of pollinating.

However, they are usually not as successful as bees, since they lack the fuzziness that bees have.

The amount of help plants need from pollinators varies by species. Some, such as soybeans, require no pollination.

Raspberries, on the other hand, will not produce any fruit without the help of a pollinator.

Strawberries are actually capable of producing fruit on their own, but plants such as this are usually less fruitful without the help of a pollinator. While all-female pollinators are capable of inflicting stings, most species are docile and pose no real threat of being stung--especially while buzzing from flower to flower in search of nectar.

Yellow Jackets are social wasps, and are sometimes mistaken for honey bees.

They are not pollinators but are scavengers that enjoy sweets, meat, and disrupting outdoor activities. Yellowjacket nests can house up to 5,000 wasps, and those wasps will defend their home very aggressively.

They are capable of stinging multiple times and do not die or lose their stinger after doing so.

Yellowjackets are actually capable of pollinating, but it is not their main concern.

They will sometimes end up scavenging from or hiding in a flower, which may cause some pollen to be moved around. Yellowjackets are often considered a natural form of pest control, as they will kill pests that are harmful to plants.

Bumblebees are social bees, meaning that they travel in swarms. Their nests usually house around 50 bees.

They are almost twice the size of a honey bee, but will usually remain fairly docile. They provide warning to humans if they are feeling threatened, and are preparing to sting. 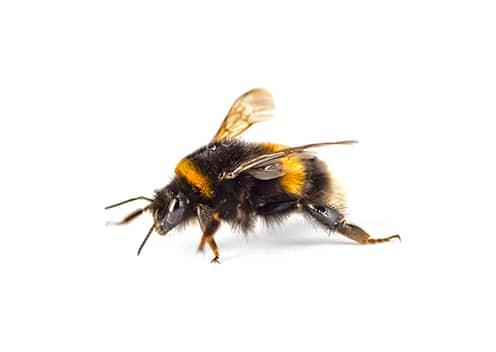 They are also capable of stinging more than once, so it is best to leave them alone! Bumblebees pollinate around 50 different plant species.

Bald-Faced Hornets are also social wasps and can be identified by their black and white coloring.

They are much larger in size than yellow jackets. Around 700 wasps will live in a bald-faced hornet's nest, and while they aim to protect their home as yellow jackets do, they seem to be slightly less aggressive. 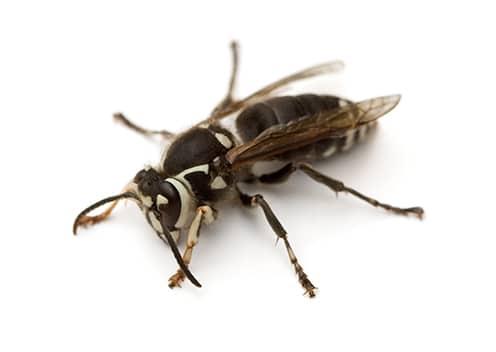 They are capable of stinging more than once, and will not die or lose their stinger if they do so.

Like their yellow cousins, they will sometimes pollinate and are considered to be another form of natural pest control.

Carpenter bees are solitary bees. This means that every female is fertile, so she creates her own nest.

Therefore, there are not any queens or worker bees in carpenter bee nests. Females dig impressive tunnels in wood, where they will lay their eggs. 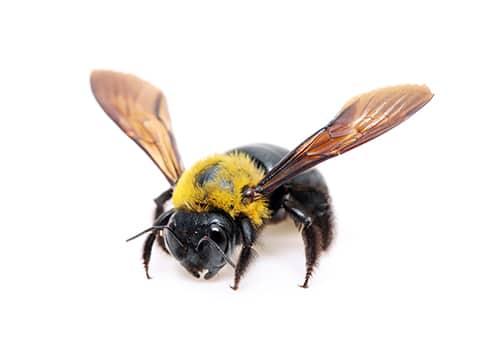 Like bumblebees, honey bees are also social bees. A swarm of honey bees can consist of 4,000 to 9,000 bees.

A hive may house 10,000 to 50,000 bees and up to 100 pounds of honey! Honey bees are not typically aggressive and therefore will only sting when threatened. 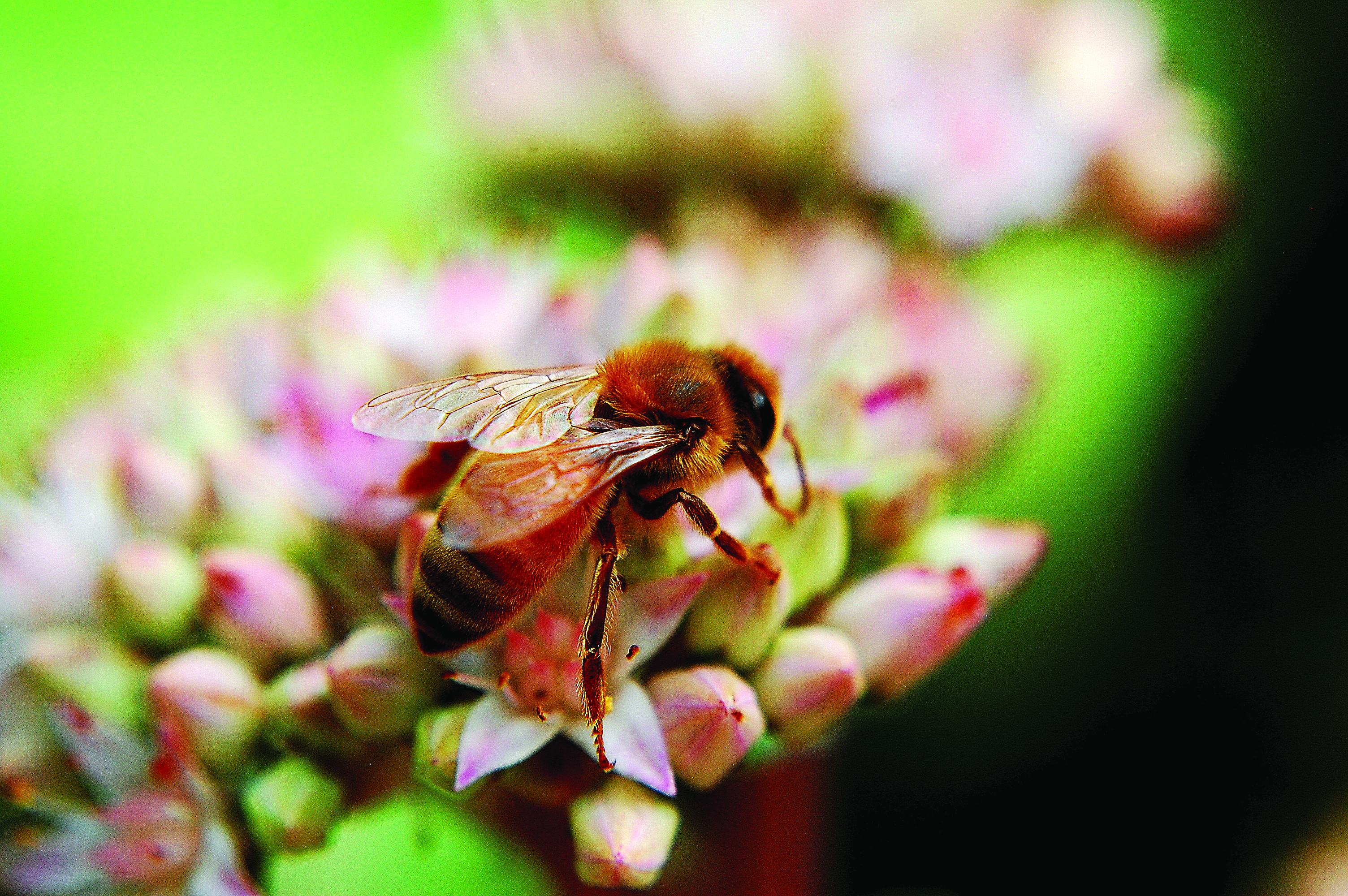 If a honey bee stings you, it will die not soon after, as its stinger will get left behind. Honey bees alone are responsible for pollinating nearly 100 different species of plants!

Why Pollinator Insects are Important

Close to 1/3 of our food supply comes from pollination, so it is very important to treat pollinators with respect.

It is also good to keep in mind that while wasps aren't generally helpful to us, they are predators that help keep your garden free of pests that might be harmful to your plants.

If you'd like to learn more about how you can help steady the bee population, go here. If you feel that you need help identifying or controlling bugs buzzing around your yard, you can always count on the experts here at American pest to be there.